February was the month they all warned us about, the month where we would realise we’d forgotten what warmth felt like and Christmas too would seem a distant memory. Here’s how I not only survived, but thrived during this exceptionally cold month.

For those unfamiliar with the term “tubing”, this basically involves sitting inside a large inflatable doughnut and sliding down various snowy slopes. Perhaps just as fun (if not more so) is the method of ascension of said slopes, where you sit in an inflatable-doughnut conveyor belt system whilst dragging your doughnut up the hill. Great stuff. The most popular place to do this is Valcartier Village, which is a massive water park (called Bora Park) in the summer, and a glissade paradise in the winter. I would highly recommend this as an accessible winter sport, particularly as there’s no risk of falling over! 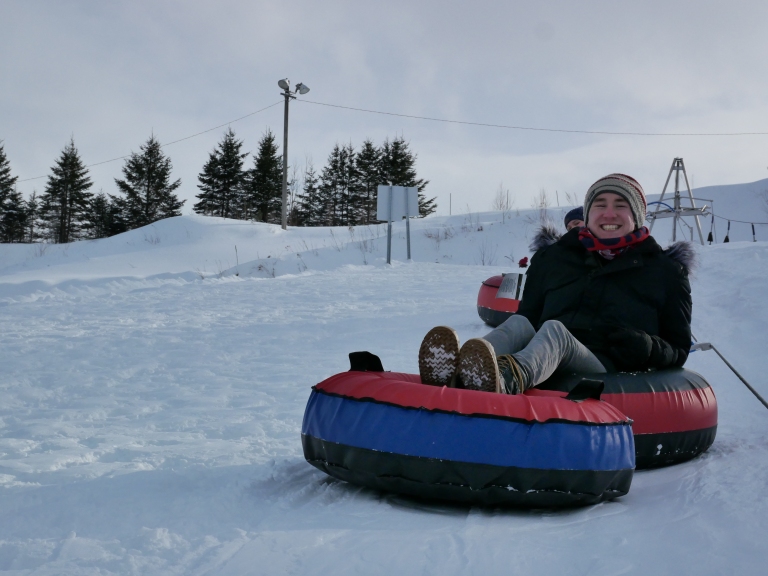 2. Leave the dangerous winter sports to the professionals

As the bitterly cold temperatures meant we sometimes had no choice but to sit in and watch TV, we thought we’d justify this activity by keeping au courant with the PyeongChang Winter Olympics. Team Canada put on an incredibly impressive display – I still remember getting (even more) chills watching Tessa Virtue and Scott Moir’s figure skating finale to Moulin Rouge, and I never thought I’d get so into the men’s bobsleigh. Perhaps most exciting however was the women’s ice hockey final, as Marie-Philippe Poulin, the captain, is from Beauceville (20mins from Saint-Georges) and had met all of my students when she came to my school to teach them hockey and sign the sticks of any aspiring young female athletes. What a woman!

While searching for an extra-curricular activity to give some weekly structure to my 9-day working cycle, I decided to take up swing dancing classes with the Cabane à Swing in Saint-Georges. They had weekly 2hour classes and regular social dancing evenings, including introduction sessions on particular dances, such as Frankie Manning’s version of the Shim Sham. Given that I’d never considered myself to be much of a dancer, I was surprised at how much fun I ended up having! I love the style of music and it’s an extremely sociable hobby, particularly as we would usually finish the night with a drink at the local bar. I would recommend anyone looking for a new activity to give this a go, as the lindy-hop beginner classes were very accessible and it’s a great way to meet new people.

The outdoor ice rink in Saint-Georges was home to the annual snow sculpture contest. Here are some of the very impressive contenders! 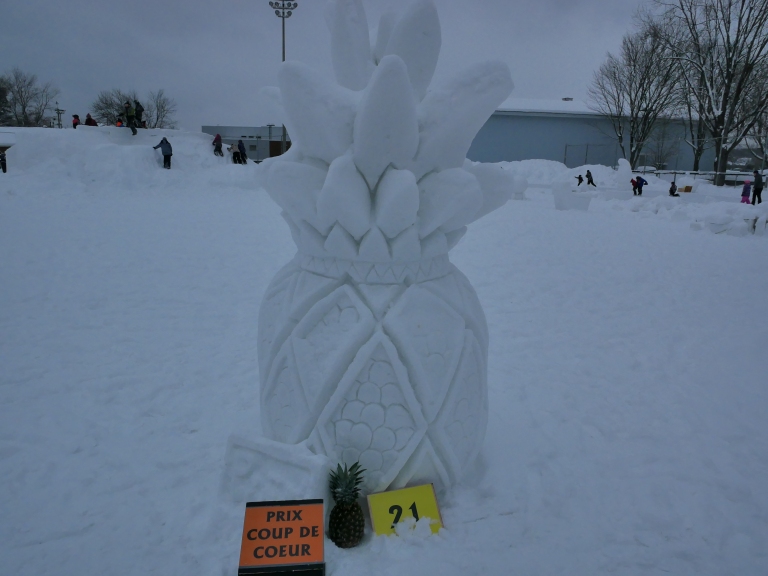 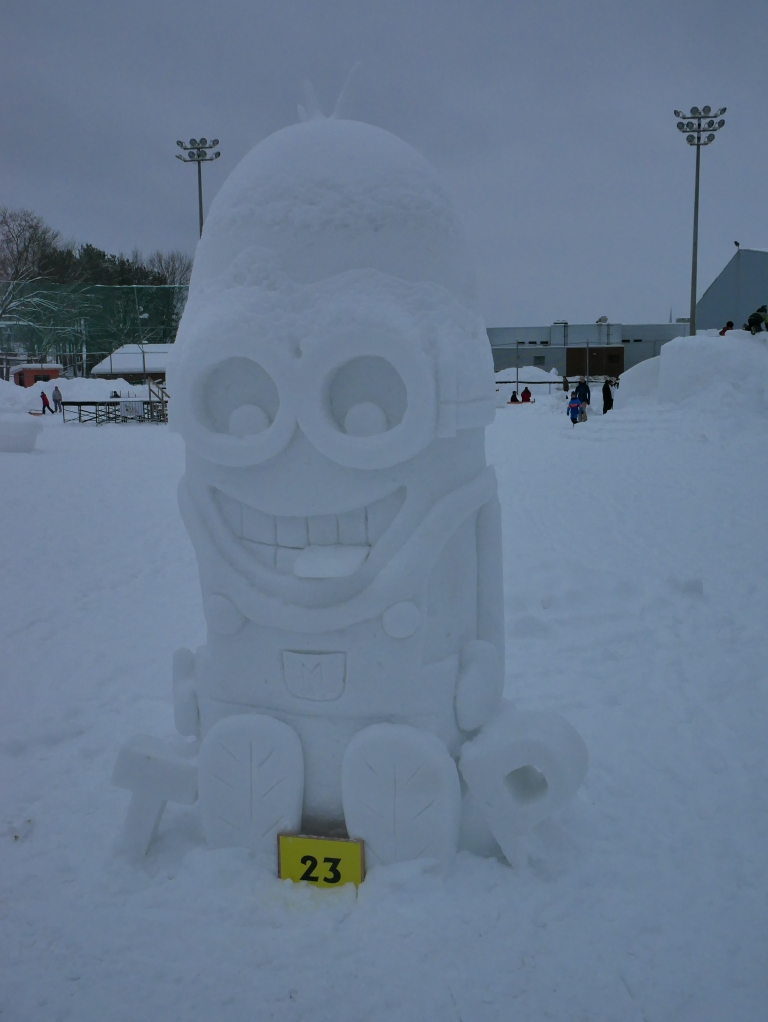 Two of my best girl friends came down to Saint-Georges for an evening of skiing at the local slope and a delicious meal at everybody’s favourite Rock Café. It was a perfect way to celebrate!

6. Say yes to everything (again)

Ever since the day I met her in September, my headteacher had been promising (threatening?) me with the proposal of us bathing in her hot tub and then rolling in the snow. She said it would be exfoliating. I’m glad I did it, and again count myself ever so lucky to have met her, but it was definitely among my top ten coldest moments of the year!

As if we needed any further incentive to visit our good friend Tim Horton during these chilly winter months, their “Roll up the Rim to Win” campaign involved rolling up the edge of your coffee cup to see if you’d won a Honda Civic or, more likely, a free doughnut. I never quite managed to find a way of doing it that didn’t involve making a mess, but it was always satisfying presenting my empty cup to the cashier and being rewarded with another delicious beverage to warm my hands and heart.

Given that it was evidently going to be completely different to any other sports day I’d ever witnessed, I jumped at the chance to supervise the “bobsleigh” at my school’s winter sports day. It was a beautiful sunny day with just the right amount of snow, and the children in their olympic country “families” had a wonderful time pulling each other around in a plastic sledge.

March is just around the corner, and our plans for our Spring Break road trip were coming together very nicely. A group of six of us were to take two cars to visit the beaches in Portland, Maine, before four of us would zip off to Brooklyn while the other two visited Cape Cod and Providence, then we would reunite in Boston for an unforgettable birthday celebration for one member of our group. How exciting to be able to access all of these movie-set locations by car!

This is a text widget, which allows you to add text or HTML to your sidebar. You can use them to display text, links, images, HTML, or a combination of these. Edit them in the Widget section of the Customizer.
%d bloggers like this: