So school is over, your last pay packet is a distant memory and now you’ve had to move out of the place you’ve been calling home for the past 10 months. As our work permit only allowed us to legally live in Canada while employed by the Commission Scolaire, getting a paid summer job was out of the question. Here’s how I made July work on a budget

For those unfamiliar with the concept, Workaway is a website where you can sign up to volunteer all over the world, usually in exchange for food and lodging. A friend and I decided that a hostel seemed a sensible and fun place to do this, so the Auberge de Jeunesse de la Malbaie became our new home for some of July and allowed us to see more of the beautiful Charlevoix region. It was a pretty sweet deal; in exchange for 4 hours of volunteering (usually weeding or other menial tasks) we had free bed and breakfast, half price food and drinks at the bar and 100$ to spend on groceries for our kitchen. The hostel itself is in a beautiful place, with the back garden opening out onto the beach and the delicious Pains d’Exclamation bakery only a few minutes walk away. The day we arrived was Canada Day (1st July) so we enjoyed free pizza and fireworks by the beach and felt slightly better about having left our homes behind. 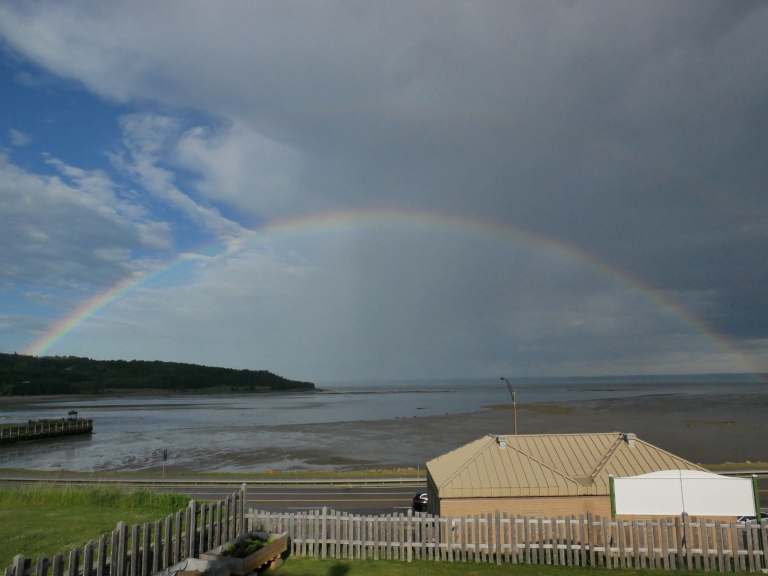 2. Ice cream for lunch is a cheap and acceptable life choice

When it’s a lovely sunny day and you know your remaining number of opportunities for a crème molle (soft serve ice cream dipped in all kinds of exciting chocolate, sadly not a thing in the UK) is beginning to approach single figures, it only seems logical to replace the odd meal here and there with this amazing creation. After careful and extensive sampling, Lizzie and I decided that the salted caramel chocolate at Chocolaterie de l’Île d’Orléans was to be crowned the dairy champion of summer 2018. 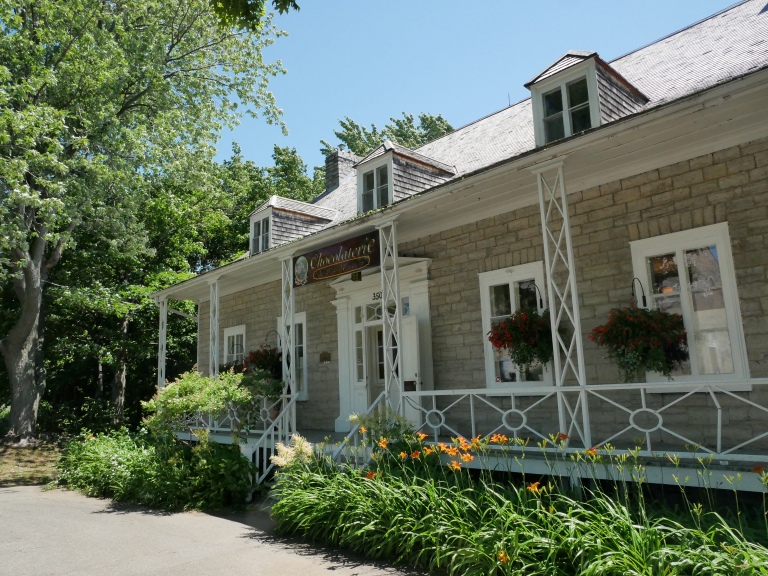 We made the most of being in Charlevoix by taking the picturesque drive back to Tadoussac, the whale-watching destination we’d all visited in autumn and paid 70$ for the official cruise so as to see the whales up close. This time however, we spent more time at the beautiful sand dunes and decided to go and sit at Pointe de l’Islet as we’d heard rumours that if you’re lucky you can sometimes see whales from there. We couldn’t believe our luck when we saw whales within minutes of arriving! Free Willy..? 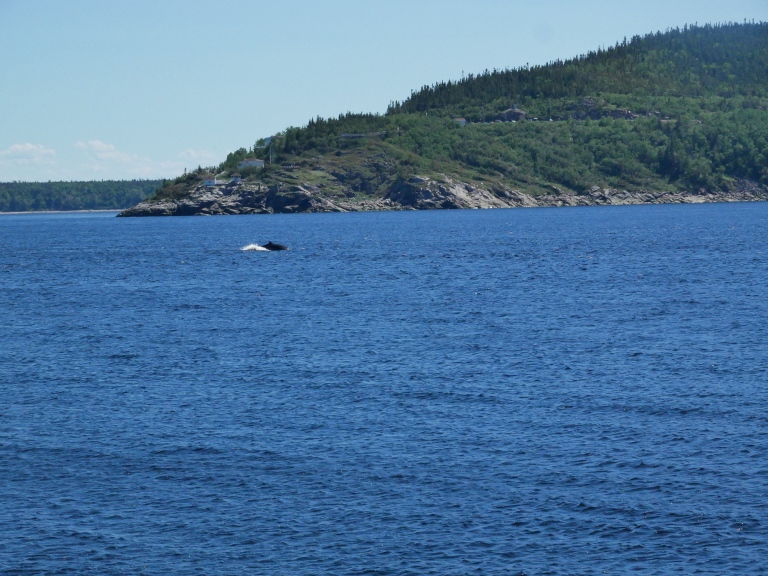 4. Nature is free and wonderful

With our picnic groceries kindly paid for by Bob, our boss at La Malbaie, hikes suddenly became an extremely cheap daytime activity. Another assistant paid us a visit for a few days and we celebrated his birthday with one of the most impressive views of the year from the summit of Parc National des Grands-Jardins, with the Lac des Cygnes satisfying our daily body-of-water quota on the way up. We were even lucky enough to see shooting stars during our evening venture for some stargazing on a nearby golf course. As birthdays go, he could have done worse!

5. A bicycle shared is a bicycle… quartered?

We took the scenic route back to Quebec City one day by stopping to get the ferry across to the magnificent Île-aux-Coudres. We made the tactical error of thinking that a quadracycle would be the most cost-efficient way to see the island, without factoring the significant loss in distance covered caused by our combined body weight. It was still great fun, but we were disappointed to note the absence of a bar laitier on the island and decided it would need to catch up if it were to ever stand a chance of competing with Île d’Orléans. 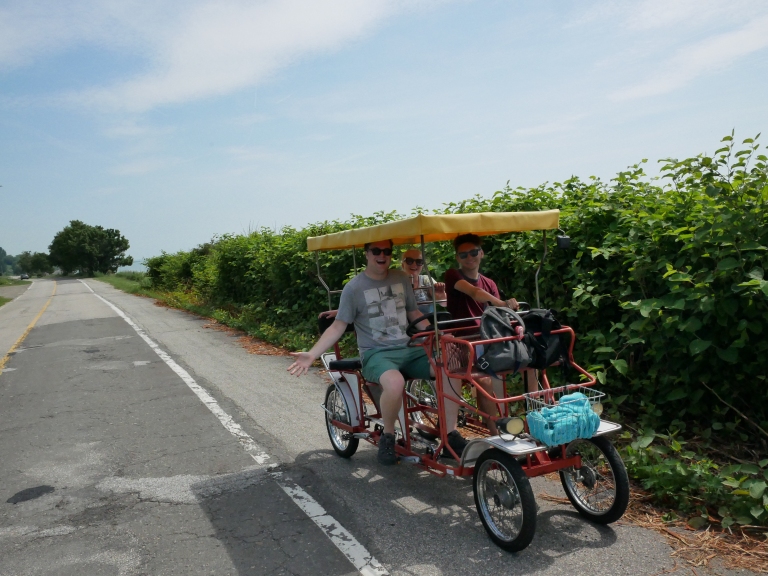 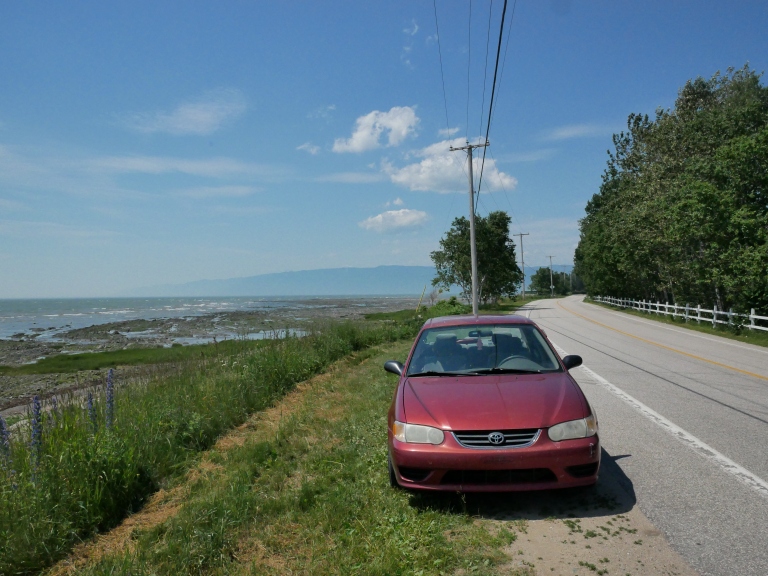 Everyone we met in Charlevoix insisted that we couldn’t possibly leave without completing l’Acropole des Draveurs, a challenging and extremely vertical hike located in Parc National des Hautes-Gorges-de-la-Rivière-Malbaie. We were slightly apprehensive as we’d been told the first few kilometres would be the most difficult, but my friend Lizzie’s endlessly motivational company and Florence and the Machine’s new album gave me the boost needed to reach the top, and it was positively gorge-ous. We definitely felt we’d earned Bob’s picnic that day! 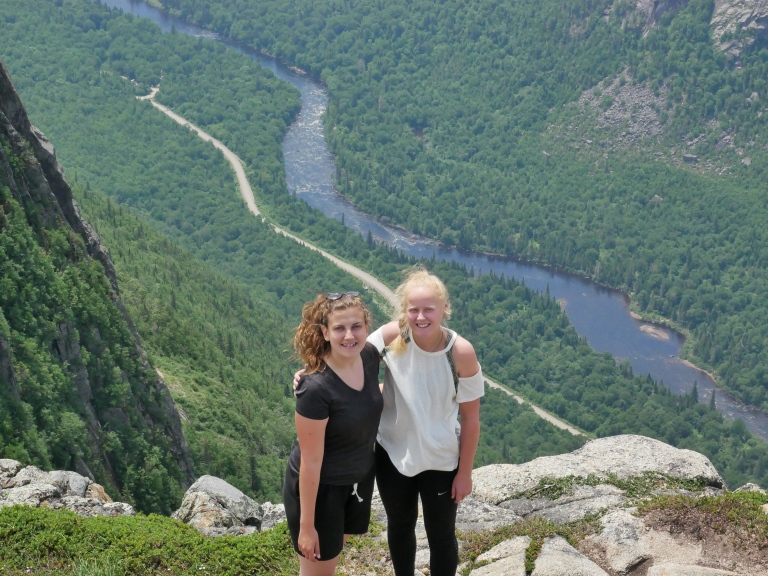 The FEQ was one of the cheapest and most fun live music events I’ve ever come across. It was on for 10 days and you could buy a wristband for 100$ that would grant you access to the whole thing, but if you only wanted to attend one event there was a Facebook page where people would hire their wristbands out for the night. I couldn’t believe how cheap it was – we paid 25$ to see Frank Turner and Greta Van Fleet supporting the Foo Fighters at the Plains of Abraham and it was one of the best live performances I’ve seen. I would have paid twice that just to see Frank Turner, so to be able to see Foo Fighters as well was incredible, as they were so good live. The atmosphere was buzzing as the crowd was mostly full of Foo Fighters fans who had been let down when the same concert had been called off at the FEQ 3 years ago due to a thunderstorm, but the band were determined to play for as long as they wanted to and they did not disappoint. Another wonderful aspect of the FEQ were all of the free shows that were going on every night. Lizzie had introduced me to Hubert Lenoir as she had his album Darlène in her car, and we were lucky enough to see him for free twice, once at a pop-up gig in Saint Jean Baptiste and another at a jam-packed gig at Place d’Youville. His album will now always make me think of those last sunny few days spent dancing in the streets of Quebec City.

England were doing quite well in the football at this stage, so we decided to watch the semi-final a London Jack, a pretentious UK-themed bar in the Saint-Roch district of Quebec City. It would have been good to come home along with the football, but sadly it was not to be.

9. The wonderful realisation that it’s never too late to make new friends and party with old ones

I spent my last full day in Québec (for now) sailing up and down the Saint Laurent on our friend’s mum’s boat with his other friends, who had been so lovely and welcoming and let us tag along. If you work in Quebec for three years on 75% of your salary, you are entitled to a paid fourth year off, so his mum and her boyfriend had decided to do just that; they’d spent several months on safari and now owned this beautiful boat. Even on our last day, the Quebecois were so kind and eager to hear my story, and it couldn’t have been a nicer way to take our minds off the fact we were leaving the next day. It wasn’t over yet however; I then went to Badri’s new place in Limoilou where we sat on his balcony and drank a lot of gin before heading out to Le Drague in town, as he was determined for me to have a proper send-off.

This is a text widget, which allows you to add text or HTML to your sidebar. You can use them to display text, links, images, HTML, or a combination of these. Edit them in the Widget section of the Customizer.
Loading Comments...
%d bloggers like this: